The Bracco Italiano is a classic pointer with an elegant, loping gait and a strong instinct for game. The breed’s origins can be traced back centuries. The Bracco developed in Italy, descending from Molossus and Egyptian Hounds.

By the Middle Ages, it was a recognized breed, and the dogs’ popularity spread during the Renaissance. Today, Bracci Italiani are uncommon in Europe but even rarer in the United States: Fewer than 200 live here, and just a few males are registered as studs for breeding. Intelligent and devoted to their sporting duty, Bracci also crave human companionship. 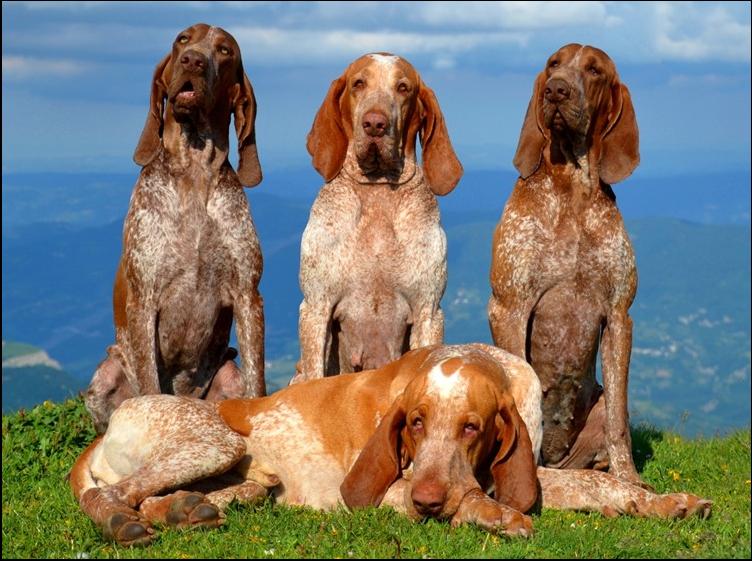 The Bracco – or Italian Pointer- should be athletic and powerful in appearance, most resembling a cross between a German Shorthaired Pointer and a Bloodhound, although it is nothing like them in character. It has pendulous upper lips and long ears that create a serious expression. It should be “almost square”, meaning that its height at the withers should be almost the same as the length of its body. It should not however be actually square as this would render its famous rear driving push off and front/rear extension to be compromised, thus losing much of its powerful grace.